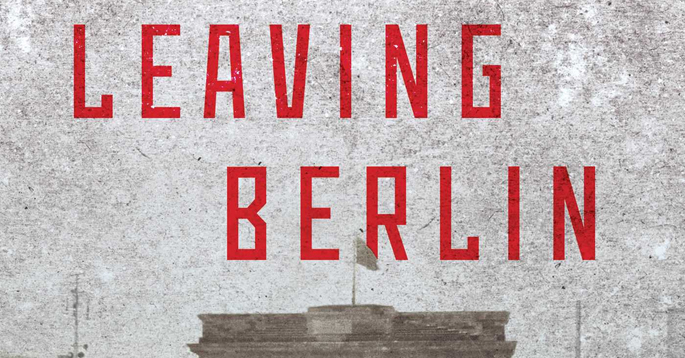 On Sunday, May 29, 2016 at 10:00 am, our Book Club meets to discuss Leaving Berlin, by Joseph Kanon Buy this book on Amazon and donate to BCC!  more details

This is a spy novel involving a Jewish refugee from Nazi Germany who is sent back to Berlin after the war to spy for the CIA, in order to avoid being charged with Communist activity in the McCarthy era.

In Joseph Kanon’s “Leaving Berlin,” another novice takes center stage. Kanon, the author of the Edgar Award-winning “Istanbul Passage,” sets this engaging thriller in 1949. The Berlin airlift is underway, and Soviet and Western spies circle one another in the ruins of the defeated Nazis’ capital, recruiting informants and jousting for advantage. Into this fraught environment tumbles Alex Meier, a German Jewish socialist who escaped to Los Angeles before the Holocaust and made a name for himself as a novelist. Swept up by the Red Scare, Meier refused to name names before a Congressional committee, a principled decision that has cost him his marriage, cut him off from his 10-year-old son and turned him from celebrity author into a pariah facing jail or deportation. Making a desperate deal with the Central Intelligence Agency, Meier has returned to Berlin, posing as a disenchanted exile. If he can deliver valuable information about Soviet intentions and recruit agents to the cause, he’ll get a second chance in America. Continue reading in the New York Times